The Do Gooder’s Dilemma 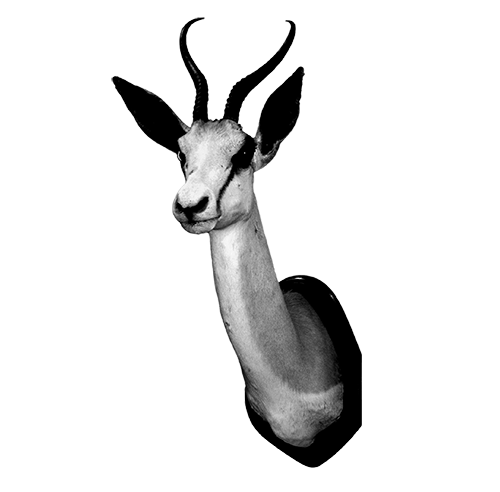 This article originally appeared in the Fifth Estate.

Not just any Louis Theroux, the last one. You see, I’ve been working my way through them one by one and I left this one last for a reason.

It was about wildlife hunting in Africa, the story of people who pay to shoot a wild animal that is fenced into a field. And I simply didn’t want to see animals killed for fun.

But now, here it was, the last one in the whole set, avoidable no more.

So I watched it, and it went something like this.

Louis spoke to the hunters, almost exclusively Americans who pay to kill. They go to Africa with a list of animals they want to shoot and shoot what they can afford. I found no way to reconcile with these people. Killing for fun is wrong and these people are my enemy.

They’re South African bushmen, rough and practical. Selling death to bidders. Yet when they spoke I found words I could understand.

Most of them had started as farmers (and one as a vet). They told of previous destruction of the land by cattle and contrasted that to the natural landscape that the animals now ran on.

They told the tale of how poaching had annihilated wild animals from neighbouring Zimbabwe and threatened to do so in national parks all across Africa. Governments were simply too corrupt or too poor to police them properly.

They told how, by allowing 10 per cent of the animals to be killed each year, they are able to create a wildlife farm where the other 90 per cent is safe and wild. How killing breeds life. How the problem of hunting is the answer to wildlife destruction.

It sat uncomfortably with me, yet it’s hard not to think that there is a certain poetry in an imperfect answer for an imperfect world.

And here-in lies the dilemma. If I asked you, “is it OK for people to fence in animals and sell their death for sport”, you’d say no. If I said that sacrificing the 10 per cent would create a sustainable future for the 90 per cent, you may not instantly agree – but the conversation changes.

It’s a debate I’ve heard many times when discussing the concept of shared value too. The idea of profiting from doing good sits awkwardly. Shouldn’t making the world better be something we just do, for our own good if nothing else?

Yet, to paraphrase Mark Kramer when the question was put to him:

‘I wish we lived in a different world with a different way of doing business, but we don’t. Shared value is an answer for the system we live in – profit makes an idea scaleable and replicable and that makes it sustainable. So shared value seeks to find profit in solving social issues.’

How you feel about this statement goes a long way to explaining how you see the system and your role in it.

How we seek to improve the world is what sets us apart.

Change the system, or work within it?

Fight the power or play the game?

Once upon a time I was lucky enough to be part of the team that launched the Toyota Prius into Ireland. The feedback was interesting. Some people felt it was a great leap forward. Others, a half step that gave the industry an out from delivering on a truly emissions-free vehicle.

Here in Australia, Energy Australia’s recently released a new marketing campaign positioning them as a champion of renewable energy. But read Getup’s website and you will see them as one of the “dirty three”.

Cynics will call this marketing greenwash. Yet, to be fair, the first thing they ask you to do when you visit their website is ask you to sign up for 20 per cent GreenPower.

So is it good they are championing the renewable cause, or is it too little – or worse, a cover up for bad behaviour elsewhere – and they need to be doing more?

Most likely there is an internal debate raging between those who want to go further down that path and encourage more customer take-up of renewables and those who feel it is risky for their brand to go out with such a message while most of their power is still from fossil fuels.

So what to do?

It’s an ideological question I face in my company everyday. We produce strategies, communications, ideas and reporting for all kinds of companies and organisations. Some are doing awesomely, others just beginning.

Do we only help promote the true leaders or is there more value to be gained by helping grow the appetite for “good” in today’s laggards by helping those inside their walls grow their influence and prove their impact?

If we as consumers and employees demand nothing but awesome from business, do we set the bar too high? At many a conference I have heard sustainability people lament that as soon as they tell the story of what they do, they are shot down on something they haven’t got to yet. Surely that’s no good. If you want change, shouldn’t you reward effort?

On the other had, if we accept incremental change, do we set the bar too low and allow sustainability to become the new philanthropy ­– something you do but on the side as a nice to have?

I don’t have the answer. I suspect it depends on the urgency – a case of knowing when to fight for perfect and when to accept that better is a necessary stop on the pathway to best.

For me the issue of climate change is too urgent for incremental change. Whereas the issue of waste, landfill and recycling – while important –  can afford the time for steady improvement on the way to the perfect closed loop.

The revolutionaries set the Big Hairy Audacious Goals and demand the impossible, while the evolutionaries work day to day on breaking down the barriers and bringing people along for the journey to make things happen.

The do-gooder’s dilemma is working out where you sit, whether that is different for different issues and where you are and aren’t prepared to compromise.

Being honest, evolutionary works. Be strategic, start simple, do good, prove it works, grow the appetite for more and the influence a bigger group of people around you.

From little things big things grow. But one can always see more and better. And evolutionary never gives you that big feeling of satisfaction.

Perhaps it’s that constant feeling of unfinished business that fuels the fire to keep doing good.

Perhaps it’s the constant frustration with imperfection that ultimately leads to perfection.

Or perhaps it’s all working just as it’s meant to, the path the world is on is the right one, and I’m just too impatient to recognise it.

I doubt I’m the only one who feels uncomfortable with shooting animals to save them.

But honestly, for the moment, it’s an answer I’m prepared to accept on the pathway from better to best.

How about you? Do you feel the do-gooder’s dilemma? And if so, how do you resolve these questions in your mind?