What’s your credit card statement trying to tell you? 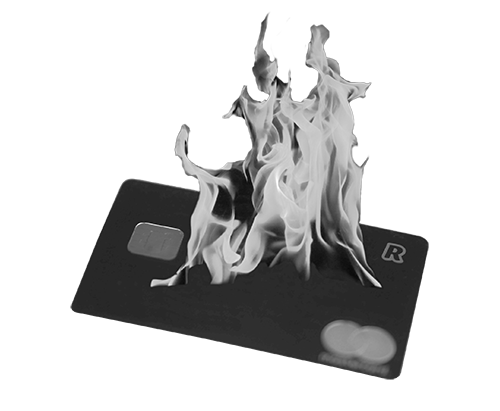 OK, I’ll admit it. I’ve spent a large part of my life in advertising. Like Darrin in Bewitched it’s my job to enchant you with the magical promises of a better life.

I use spells like 24 months interest free. I tell you how you can save money by spending it. I’m the grease of capitalism, the foghorn of the corporate beast, the brand manager’s cupid. I’m the guy who is paid to change the way you think, feel and act. But today I’ve got a problem.

See, today my job is not to talk you into buying more. It’s to convince you to buy less. With the water licking ominously close to the stairs of my Bondi apartment and the Garnaut Report set to generate enough hot air to have me wearing gum boots to bed, it makes a lot of sense. But, like the Hamburglar a salad bar, these things just don’t coming naturally.

‘Empty shopping bags. Much easier to carry home than full ones.’ Hmm. Not a good start.

‘Global warming. 50% off.’ Great offer. If only the product department could back it up.

How about, ‘Leave me on the shelf, the kids will love you for it.’ Now we’re really grasping at straws.

When things get tough like this, there’s only one thing to do. Take a trip to the fridge and engage in some good old fashioned consumption. But on the way downstairs I slip on my credit card statement, which I have so carefully left lying on the floor, and land with a bump. It’s a wake up call in more ways than one. My butt is sore, that’s for sure, but what’s far more painful is the total at the bottom of the last page. Surely that can’t be?

Hunting line by line for suspicious transactions I am forced to admit that the only culprit here is me and my loose wallet. A hundred happy shopping experiences all snuggled together and now costing me 20.74%pa interest. At which point I ask myself. Do I really need them?

Item one. Two DVDs. I Am Legend and Shrek the Third. They were on sale. They looked good in the trailers. I couldn’t help myself. But were they worth it? The first was a good watch but will I view it again? I doubt it. The other? Let’s just say Shrek the Turd might have been a better title. I could have rented both of them for a tenth of the price of what I paid for them but no, I was caught by the need to buy and now they sit, gathering dust in my cupboard. Speaking of which, let’s go open it up and see what we find.

For one, there are at least 100 more DVDs keeping Will Smith and the big green man company, all snuggled up against a thousand CDs bought over the years. Have I ever watched the DVDs twice? Maybe one of them. Do I ever listen to the CDs? Not now they’re all my iTunes. Time to close the cupboard. Only embarassment in there.

Back on the credit card statement, line two is four T-shirts and a pair of jeans. That brings my T-shirt total to 46 and jeans to five not counting the two pairs I gave my brother last week. A little mental maths (just kidding, I used a calculator…battery powered of course) tells me I could wear each tee just 8 times a year and still have one saved for best. And guess what, it doesn’t stop there. In this day and age where your choice of sneakers says more about you than what comes out of your mouth I can almost match each Tee with a pair. Imelda Marcos eat your heart out.

Now these might seem like small things…a DVD here, a T-shirt there, but I’m starting to suspect that the cost is something bigger than what appears on the statement. A quick sniff around the internet confirms that alas, I am correct.

According to The Perfect T-shirt each kilo of collected fibre takes 20,000 litres of water produce. I’m a big guy. My tees weigh about 200g each which, at 46 tees adds up to 9.2kg. Throw in the jeans and the whole lot tips 12 kilos on the scales. That’s 240,000 litres of fresh, clean water sitting idle in my wardrobe. Where were those gum boots again?

Now, to the movies and music. According to treehugger.com every $100,000 spent on CD and DVD reproduction creates the global warming potential of approximately 29 metric tons of carbon dioxide equivalents as well as 38 kilograms of toxic waste.

I’m guessing that, when you throw in the cover and the booklet, each disc costs around $2 to produce. That means the 1100 in my cupboard weigh in at a third of a tonne of CO2. What’s worse, somewhere on the planet their equivalent in toxic waste has been buried in landfill. An evil twin leaching chemical nasties into the earth while I listen to songs about saving it.

I could open more cupboards, I could burn up more computer time telling you about the damage done by the other 68 lines on my credit card bill but for me, at just line two, the point is made. My credit card statement doesn’t show the true cost of things listed on it, it only tells me the price.

And if that isn’t a compelling argument for ignoring your consumer instincts and buying less, then I don’t know what is.

Ben Peacock is partner/founder in sustainability agency Republic of Everyone. Through smart ideas and a whole lot of belly gazing they use the powers of advertising, coercion and downright brainwashing to help companies create positive change in the world.