Think Zoomers are the entitled generation? 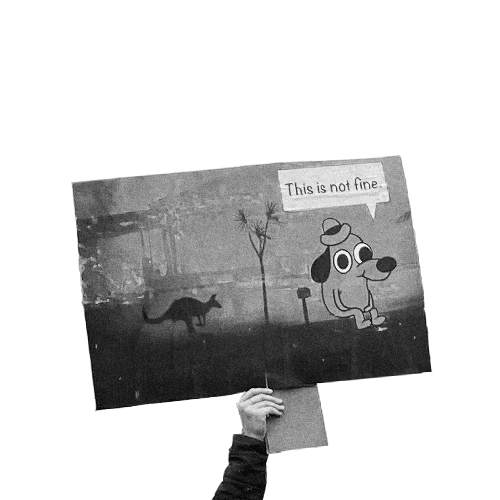 I’m a Gen Z baby, born in 1996. Back then there were only 100,000 websites in existence, and eBay was still in its infancy. Today – 25 years later – there’s over a billion websites and eBay now has over 180 million users worldwide.

I grew up with a mobile phone in my hand, and the internet at my fingertips. At school, we learnt to touch type alongside handwriting, and although we had a library, we found more information from online resources. And as I grew, technology became inextricably interwoven into the fabric of everyday life, meaning I was highly digitally connected from the get-go.

Sometimes I hear or read this assumption that Gen Z is disconnected from the world because we’re too connected to our screens.

In reality however, it’s this connection to our screens that’s giving us a front row seat to the unfolding disasters happening everyday.

Perhaps to your surprise, I spend more time reading The Guardian than I do scrolling Facebook. I am highly curious about what’s happening in the world around me, and have a thirst to understand how we can be better by the planet and its people.

The trouble is, the news comes at us from every which-way direction, and so much of it is negative. It can be tricky at times to digest it all, because phenomena like climate change and future anxiety are terribly real. I personally get anxious about global warming, and Australia’s lack of motivation to actually do something. And I know I’m not the only one.

Republic of Everyone recently released a research report, The Power and the Passion, which found that of all of Australia’s generations, Gen Z are the most concerned about social and environmental issues. In particular, Australia’s Zoomers are worried about:

For each of these issues, more than 1 in 3 Zoomers told us they were extremely concerned. That’s a lot of anxiety already, right there in just those three issues.

What’s also pretty concerning for us is that when it comes to the balance of power and our ability to actually make change, the odds are pretty stacked against us. For starters, there’s a huge income imbalance and Gen Z – as you’d expect – don’t have a comparable candle to hold to the wealth of other generations. We live in a society where money is power, so these differences have a direct impact on our ability to, and the way we make a positive impact on our world.

For example, my mum and I are both activists in the animal rights field. But where as I share posts on social media and attend events, she donates money to non-profits such as Animals Australia and Till the Cows Come Home. I feel like it would be so rewarding to be able to give more to these organisations, but I simply can’t afford to.

This imbalance of power is not only felt financially, but also in our representation in the halls of power: in government and in business. We live in a Boomer’s world, where Gen Z is pretty much left out of the decision-making circle entirely. Next time you’re watching the news, check out the number of Boomers popping up in the political segments – you’ll see what I’m talking about. Our research digs more into this, too, so download it to find out more.

So if we’re hyper-aware of the troubles around us, but don’t actually have much influence to make the change ourselves… what are Gen Z actually doing about all of this?

Even though we don’t have strong representation in places of power, it doesn’t  mean we don’t care about decision making. In fact, I think it strengthens our resolve, brings us closer together and motivates us to take action. That’s why you’ll see us out on the streets and hear us talking to our friends, standing up for the things we care about. Just take a look at last week’s School Strike 4 Climate where we, the Zoomers, came together nationally and took to the streets to speak out against our government’s response to climate change. Encouragingly, we had thousands people from all generations marching alongside us – which just goes to show the mobilising force of young people.

We stand in front of places of power as we fight for our right to a clean and healthy future. 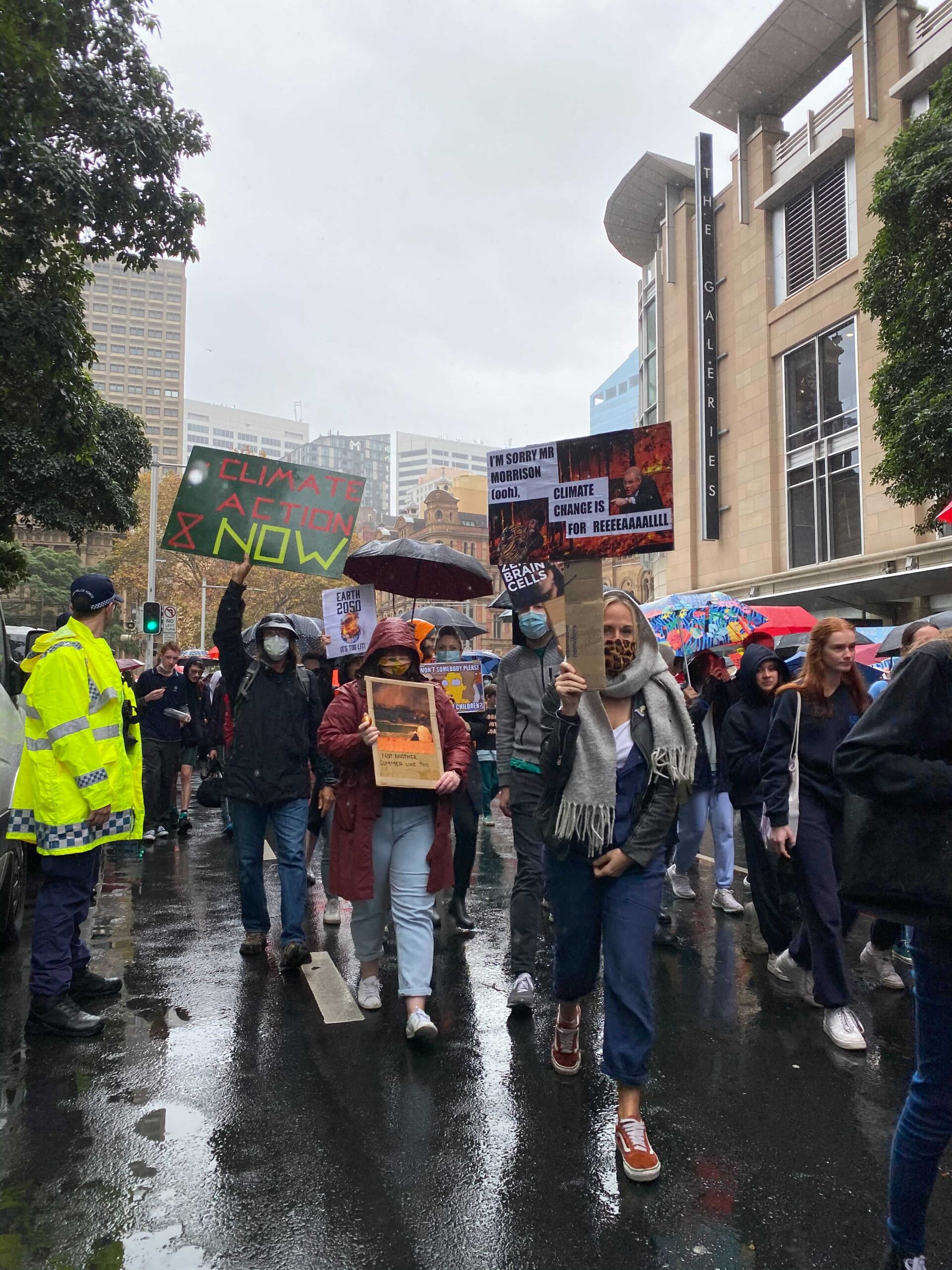 So where to from here? Well for me, I’m going to keep supporting the causes I care most about – like animal rights and food waste – in the best way I can, and continue to share my passion for sustainability with others.

Summarised simply, my personal approach to sustainability as a conscious Zoomer is to:

So are we the self-absorbed, screen-obsessed generation that we’re often portrayed as? I would suggest getting to know us better before making such an assumption. We might not have lived through the wars and crises of generations past – but we’re grappling with something arguably scarier: a doomed and uninhabitable world within our lifetime.

But it’s not all doom and gloom – we’re also hopeful that things can change. It’s why we keep showing up, keep making noise, making the change that we can, while we can. And in a few years from now, we’ll no longer be the youngest – we’ll be the ones with the greatest purchasing power, and we’ll be the ones running governments and boards and companies. And we’ll do it with the future in mind. So if young people are your target audience, you might want to consider that as you weigh up the costs of action – and inaction – on the issues that matter most.

Wondering what your generation cares most about? Download the Power and the Passion research here.